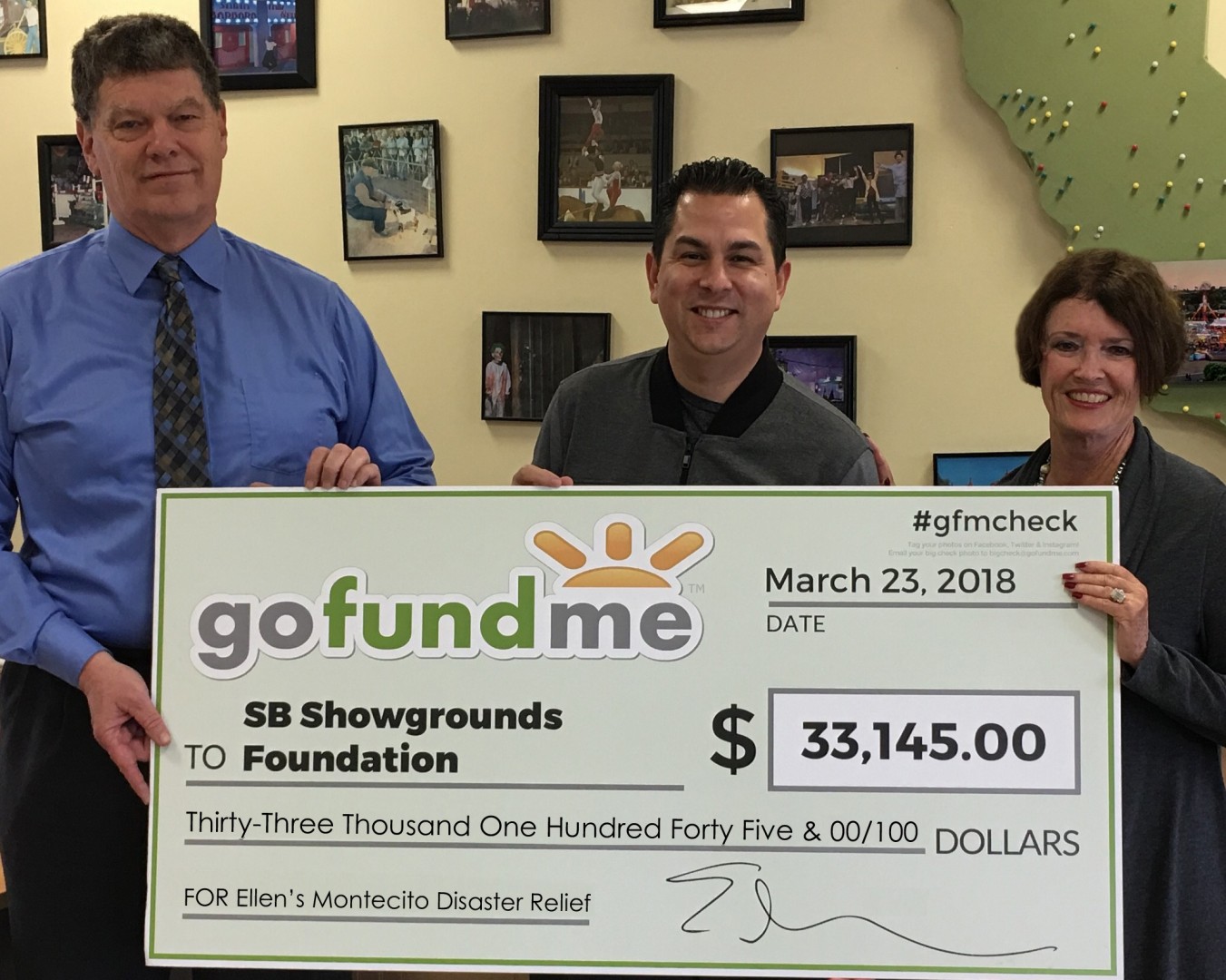 Suzanne Perkins, of Sotheby’s International Realty, and Susan Jordan, Executive Director of the California Coastal Protection Network, have been instrumental in working with Ellen’s team to organize all the local charities that are helping in local relief efforts, and will ultimately receive funds from Ellen’s GoFundMe charity.

According to her GoFundMe page, “Ellen DeGeneres wants to help the people and animals of Montecito. The area has been devastated by record-breaking fires, and then a mudslide that wiped out nearly everything in its path. While the town rebuilds, Ellen and her friends want to support the thousands of people and animals affected by this disaster. They need our help.”

Earl Warren Showgrounds functions as the location that houses Incident Command during South County disasters. It also houses Santa Barbara Equine Evac and provides access to its stable facilities for the evacuation of large animals. The Showgrounds has an operating budget of approximately $2.3 million and was in relatively stable economic condition until about five years ago when the Brown Administration cut all funding from the state to zero. The budget cut amounted to about $200,000 per year and also transferred costs the state had been paying for insurance and other items to the Earl Warren. To address the budget cut, the Showgrounds depleted reserves and the facility itself has a significant backlog of deferred maintenance. Given that the Showgrounds is classified as a Class 4 (small) facility, it is harder to stage the kind of for-profit events that support larger fairground facilities.

The Showgrounds is not paid to house animals during a natural disaster. In order to accept animals that are evacuated, it partners with Santa Barbara Equine Evac who assumes all responsibility for evacuation, intake and cataloguing, feeding and care. Further, the Showgrounds cannot bill for hosting Incident Command unless there is formal disaster declaration at which point they can request funds from FEMA.

Needs and Donations: There is a significant need for additional funds both in the short term to address disasters such as the Thomas Fire and the Montecito Mudslide and in the longer term to preserve and improve this critical infrastructure asset in SB County.

To help address the state budget cuts, the Showgrounds created a non-profit arm that can accept on-line donations via PayPal – the Santa Barbara Showgrounds Foundation: http://sbshowgrounds.org/.