The beaches and mountain views of beautiful seaside Carpinteria are located just 12 miles east of Santa Barbara. Along its tree-lined streets are a variety of attractive antique stores and specialty shops, as well as sumptuous restaurants. And, of course, there is the oceanfront, which all but makes this town the breathtaking place that it is.

Carpinteria State Beach, a 48-acre park featuring 4,000 feet of beachfront provides for a number of outdoor activities, from swimming and surf-fishing to overnight camping. Beachwalking is popular on this incredible stretch, where the average daily temperature is in the 60’s to 80’s. Or take in a polo match in the area every Sunday from April through October.

The Carpinteria School District supports four elementary schools, one junior high school, and one high school. Within the area there is also an independent, four-year college preparatory boarding school, Cate, which is world renown.

With its sunny, south-facing location and fertile environment, Carpinteria is considered the Flower Growing Capital of the World. Aside from succulents and cacti, dozens of varieties of flowers are grown here in the Carpinteria Valley. For a sample of what the local land has to offer—flowers, as well as fruit and vegetables—visit the weekly Farmers Market.

Sandyland Cove is the entire beach area between the western portion of Carpinteria, next to the Salt Marsh and Santa Claus Lane (to the East of Padaro Lane). The two areas of Sandyland Cove are defined by Sandpoint Rd. to the West (Padaro Lane), and Avenue Del Mar to the East (Carpinteria). The two areas are dissected by the inlet into the Carpinteria Salt Marsh. The inlet offers the homeowners on Sandpoint Rd. a natural barrier, which has provided those property owners practically exclusive use of the Sandpoint Rd. beach. The Carpinteria Marsh with several miles of shallow water behind the higher beachfront home sites, have attracted enthusiastic beachfront lovers for over 100 years. In the early 1900s, Sandyland Cove had become an increasing popular beach retreat and was proclaimed an aristocratic summer colony, for the exclusive set. Beachgoers enjoyed an afternoon stroll or socializing with friends at the few beachfront cottages. During this early era, many from Montecito would take delight in visiting friends at Sandyland Cove, as this was “the beachfront area.” In the 1920s local millionaires began to build more sophisticated homes (for that era) which the trend has continued today.

Several years ago a movement to protect the Carpinteria Salt Marsh was well underway. The project’s focus is to increase the appreciation for wetland habitats and restore and preserve the marshland for the bird, fish, animal and plant species that live and visit there.

Sandyland Cove continues to attract those who appreciate the beautiful mountain views as well as the unique and exclusive wetland and beachfront area. This stretch of beach continues to be one of the most desirable beach areas in Santa Barbara County. 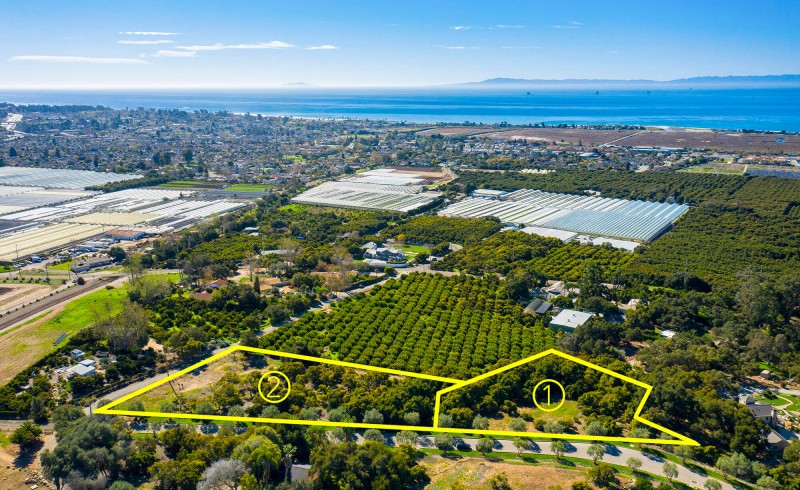