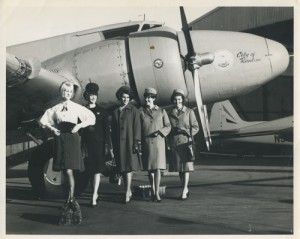 One of the top real estate agents in America, Suzanne Neal Perkins, attributes her success to her early days as a Pan American World Airways In-Flight Purser. Courage and intrigue were part of her career, beginning when she heroically volunteered for a dangerous special assignment with the Department of Defense during the Vietnam War. During her 13-year career, from 1966 to 1979, Perkins also helped the FBI question a famous imposter and check forger, Frank Abagnale, who was impersonating an airline pilot at the time of his capture.

Pan American World Airways was considered the world’s leading international airways during what was heralded as the golden age of flight. Considered a pioneer in aviation, Pan Am became a symbol for America when it began serving the country during the Vietnam War in 1965.

Perkins worked tirelessly in dangerous situations to aid her country by transporting U.S. soldiers out of war zones such as Saigon, Da Nang, and Cam Ranh Bay in Vietnam, to safe locations for five days of R&R flights, or what was officially dubbed the Rest-and-Recuperation Airlift project. She also served during the Saigon evacuation flights at the end of the war. Click here for the complete article.