Private Water: Water Sharing and System Management Agreement – Water percentages add up to approx. 30%, which is the total share allocated to this Parcel.

Set on approximately 13.75-acres, this is the last remaining parcel of a magical garden oasis that has been in the same family since 1916. It was originally part of the beloved 70-acre Lolita Armour estate known as El Mirador, which loosely translates to “see in all directions.” Today, you can cultivate your own piece of Montecito history with this exceptional jewel now available for the first time in over a century.

The original two-story Mediterranean-style gate house was built in 1918 by Charles M. Urton, who built the Granada in downtown Santa Barbara, and it offers 2 bedrooms, 1.5 baths, and approx. 1,904 sq. ft. of living space. The living room features a fireplace flanked by two sets of French doors that open to a large sunroom complete with a potbelly fireplace, walls of glass, and doors that open to an inviting brick-terraced garden courtyard. The living and dining rooms each have three sets of French doors opening to the serene front and rear gardens, along with original Spanish tile floors. The dining room also opens to the kitchen with an island, pantry, built-ins, and stairs leading to a large storage basement and laundry room. Both rooms open to a second sunroom surrounded by lush gardens.

The second floor offers a master bedroom with a fireplace, French doors and hardwood floors, and the second bedroom has French doors, built-in closets, and an enclosed sunroom with walls of glass to the exquisite garden views beyond. From the landing, there’s a door to a charming covered balcony with a columned wrought-iron balustrade and views toward the massive wrought-iron entrance gate and gardens.

The focal point of the former 70-acre grounds was the 500-ft long formal Italian garden with streams of water coursing down seven tiers. Other features once included the palm-lined driveway with 50-foot palms imported from the nearby Potter Hotel site, an illusion pool, an outdoor amphitheater with seating for 1,000 guests, a Japanese lake with a floating teahouse, a dairy and poultry farm, vegetable gardens, avocado and lemon orchards, and even a private zoo with two bears, a wallaby and macaws. One of the bears used to accompany Elmer Awl on a leash when he came to town to shop at the hardware store. 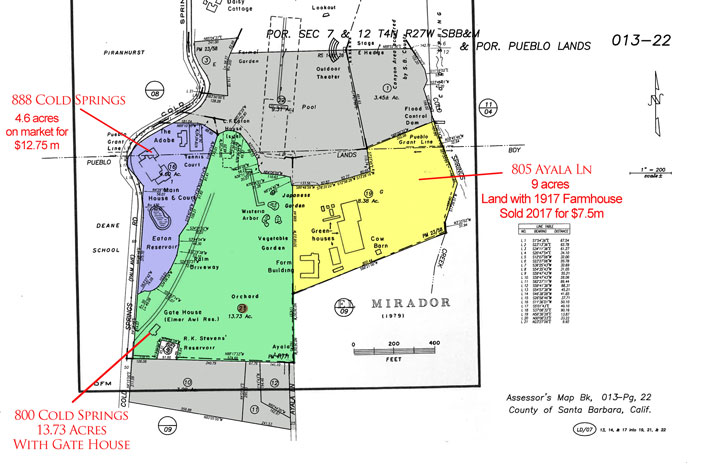 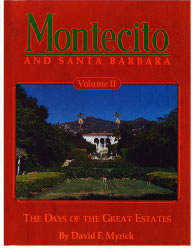 The Days of Great Estates Book

A Brief History of El Mirador