Property Info:
This incredible view property of approx. 9-acres was originally part of a large family-owned 70-acre estate known as El Mirador, meaning The Viewpoint. Today, you can own your own piece of Montecito history with this exclusive, highly sought after location now available for the first time in nearly a century. The main hilltop pad is perfectly suited to build a large custom designed private residence with abundant private water, and stunning panoramic views spanning the Pacific Ocean, Montecito Peak, and Montecito valley views.

The original Mediterranean-style farmhouse was built in 1920 and is part of the 9-acre parcel. The hacienda-designed farmhouse surrounds a large center courtyard with such architectural details as a wrought-iron gated entry, a columned loggia, and second floor French doors and balconettes overlooking the courtyard below. Perfect for guests or employees, the approx. 2,496 second-floor farmhouse living quarters consist of 4-bedrooms and 2.5-baths, a living room with fireplace, a cozy kitchen, and a sunroom with steps leading to an inviting rear outdoor patio and garden area below. Under the living quarters, and accessed from the front courtyard, is a large maintenance and equipment storage area. On the opposite side of the courtyard is 4-stall horse barn with a tack room and a ladder to the hay loft above.

There’s also a 5th guest bedroom located on the ground floor, adjacent to the stalls, that features herringbone stone floors, a large fireplace with a built-in cabinet surround and windows to the front and side gardens.

From the gated entrance, follow the landscaped driveway and get transported to a garden oasis that leads to the original farmhouse and meanders further up the drive to the future building site. Below the proposed building pad is a winding path that leads down to what was originally known as the Cold Springs Rockery, an approximately 3.5-acre meadow with massive boulders all canopied by century-old native California oaks. This unique 9-acre parcel is a treasure waiting to be discovered. 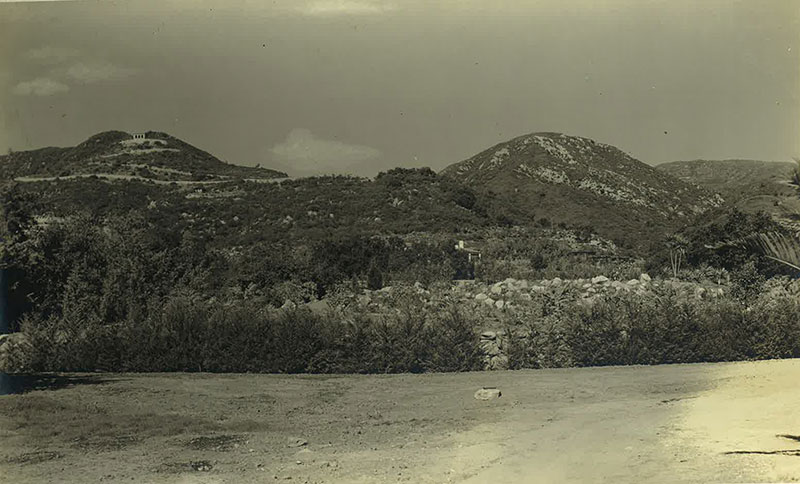 The view towards the Piranhurst Tea House 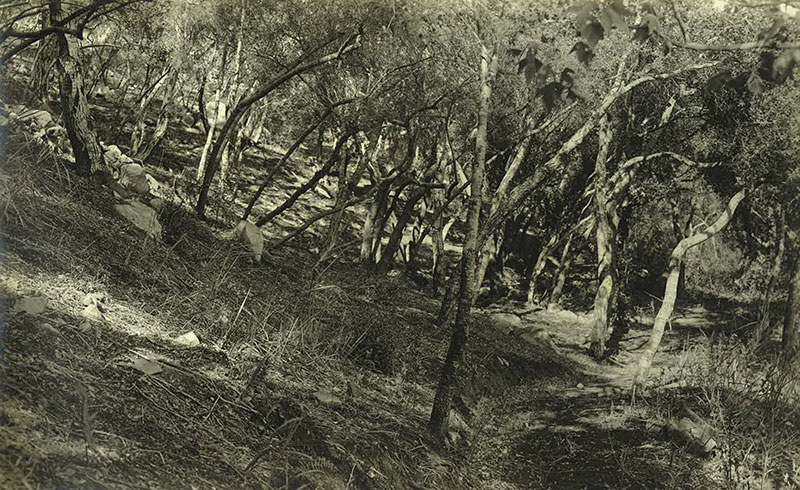 The Armour’s purchased portions of the former Charles Eaton estate and by 1918 had obtained approximately 70-acres. They eventually christened the property El Mirador, meaning The Viewpoint. Armour hired architect Arthur Hehn of Chicago to design several buildings, including the farmhouse. The plans for a large mansion were placed on hold during World War I. In 1918 two gate houses were built by contractor Charles M. Urton, who built the Granada in downtown Santa Barbara. He eventually joined the two gate houses and added a second story, and this became the main residence. 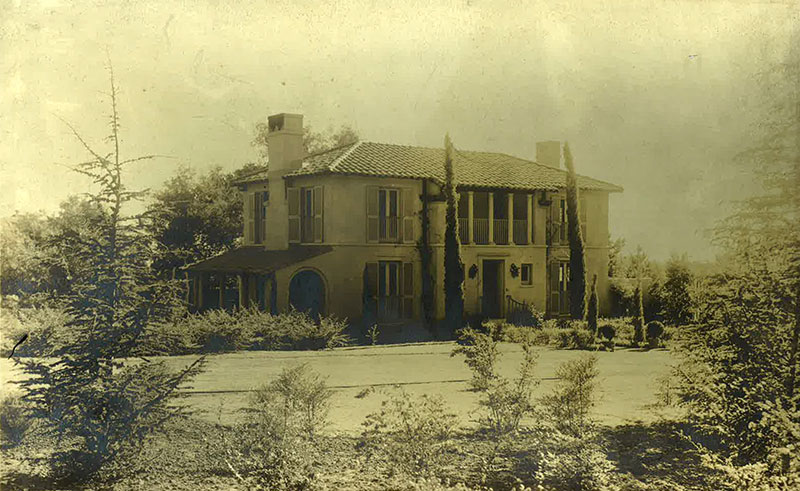 The Main House on the former 70-acre estate

The focal point of the former 70-acre grounds was the 500-ft long formal Italian garden with streams of water coursing down seven tiers. Other features once included the palm-lined driveway with 50-foot palms imported from the nearby Potter Hotel site, an illusion pool, an outdoor amphitheater with seating for 1,000 guests, a Japanese lake with a floating teahouse, a dairy and poultry farm, vegetable gardens, avocado and lemon orchards, and even a private zoo with two bears, a wallaby and macaws.

The Farmhouse in 1921 that remains on the 9-acres today

One of the bears used to accompany Elmer Awl on a leash when he came to town to shop at the hardware store.

To keep the gardens green, ample water was provided by the Cold Spring reservoir, where the road gets its name. The reservoir was created after the completion of the Gibraltar Dam in 1920. The property today still retains some of the water rights from the 1890’s.