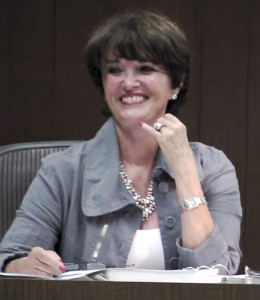 In February 2008, Suzanne was appointed by then-Governor Schwarzenegger to the 19th Agricultural District Board of Directors. The district comprises all portions of Santa Barbara east of the Gaviota Pass and south of the Santa Ynez mountains. Governor Jerry Brown re-appointed Suzanne to the Board of Directors for another term in November 2012 to the present.

The Earl Warren Showgrounds—administered by the 19th DAA—is part of a network of fairgrounds properties governed by the Division of Fairs and Expositions in the California Department of Food and Agriculture. A local Board of Directors appointed by the Governor manages each District within the California fair program comprised of 54 district agricultural associations, 24 county fairs, two citrus fairs, and the Cal Expo.

In 2007, Suzanne was appointed by then-1st District County Supervisor, Salud Carbajal, as a Vice-Chairman to the Summerland Planning Advisory Committee (SunPAC), which holds public hearings every month regarding the updating of the Summerland Community Plan and makes recommendations to the Board of Supervisors on the development of design guidelines for the community plan.