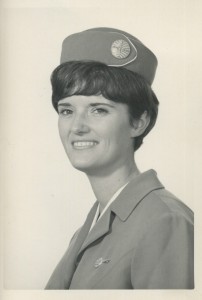 One of the top real estate agents in America, Suzanne Neal Perkins, attributes her success to her early days as a Pan American World Airways In-Flight Purser. Courage and intrigue were part of her career, beginning when she heroically volunteered for a dangerous special assignment with the Department of Defense during the Vietnam War. During her 13-year career, from 1966 to 1979, Perkins also helped the FBI question a famous imposter and check forger, Frank Abagnale, who was impersonating an airline pilot at the time of his capture.

Pan American World Airways was considered the world’s leading international airways during what was heralded as the golden age of flight. Considered a pioneer in aviation, Pan Am became a symbol for America when it began serving the country during the Vietnam War in 1965.

Perkins was quickly promoted to In-Flight Purser, and after the 747 entered service, she was promoted to In-Flight Service Director. Perkins went to high school in Stuttgart, Germany where her father was stationed in the U.S. Armed Forces. Perkins said, “I was raised in the military, and I’m very pro-military because of my family.”

More so than any other airline, Pan American World Airways played a major role during the Vietnam conflict by moving military personnel and material across the Pacific.

According to Perkins, “Pan Am was on contract with the Department of Defense to help fly soldiers out of Vietnam to Rest & Recuperation locations (R&R), and I immediately jumped on the opportunity and volunteered.” 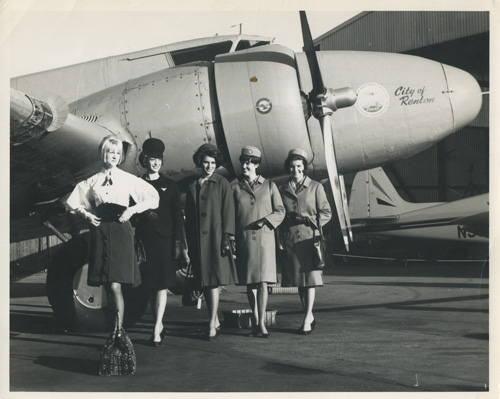 Perkins worked tirelessly in dangerous situations to aid her country by transporting U.S. soldiers out of war zones such as Saigon, Da Nang, and Cam Ranh Bay in Vietnam, to safe locations for five days of R&R flights, or what was officially dubbed the Rest-and-Recuperation Airlift project. She also served during the Saigon evacuation flights at the end of the war.

Perkins said, “Pan Am was flying nearly 200 flights a month, taking soldiers from Vietnam to safe locations all over Asia, Hawaii, and Australia for five days of R&R, to help boost military morale.”

Perkins and her crew never transported wounded soldiers. She said, “We always had numerous soldiers that were suffering from Post-Traumatic Stress Disorder. We did our best to make it a happy experience for them. We played games, talked about home, and offered gifts of champagne. It was all very tense and traumatic for these young men, and so we all went out of our way to make the experience as calming as possible.”

In one dramatic event, Perkins’ crew landed at an Air Force base as it was being bombed by enemy fire. It was an extremely stressful journey that required long hours and nerves of steel.

Perkins said, “We landed during an attack in Da Nang. This was on an R&R flight, not an evacuation flight. We got the hell off the ground as quickly as we could with no damage, but it was frightening. We just went about doing our jobs and offered first-class service. It was important to make these young soldiers as comfortable as possible while bombs were going off all around us. We didn’t think about the danger.”

The service to her country continued when the FBI asked Perkins to assist in the investigation of a notorious imposter and check forger after he was captured impersonating a pilot before a flight out of Honolulu, Hawaii. She initially met Abagnale on one of her many flights and considered him a friend, not knowing his real name or identity. 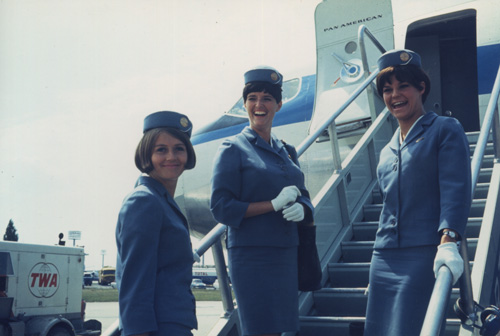 When asked if she ever dated Abagnale, she smiled modestly and said, “I don’t say date. No one dated back then. I met him and became friends with Frank (although that wasn’t the name he used). We met on a flight out of Honolulu, and he was supposedly “deadheading.” That’s when a crew member is moved between flights. Typically, they’re not in uniform, although in this case, he was. He was very smart, extremely good looking and very personable.”

Although Abagnale impersonated a pilot, he never actually flew a plane. According to the Frank Abagnale Biography (1996), “Pan Am’s estimate was that Abagnale “deadheaded” on some 250 flights, flew over 1 million miles to 26 countries at their expense between the age of 16 and 18. When traveling, he stayed at hotels and had Pan Am even billed for his food.”

When Perkins and her crew heard that Frank was finally captured, they were astounded. Perkins explained, “Well I found out when the FBI came to see me and told me that he’d been arrested. Frank was supposed to get on my flight from Honolulu to Hong Kong, but he was detained at check-in. We boarded the flight, and the captain told us there was an issue with the deadheading crew member. We flew to Tokyo and Hong Kong and I was met there by the FBI. They asked if I knew [him]. I didn’t know “Frank” by his real name because, at the time, he was impersonating a pilot. I was in total disbelief when I found out. The FBI said he was in jail and asked me to visit him. So, I visited him in a Hong Kong prison. It was terrifying and I was in a state of shock! The FBI asked me to try to find out what his plans were, but he wasn’t going to tell me.”

Perkins continued working for the FBI writing letters to Abagnale at their request. She said, “I responded to him and played the game as the FBI asked me to do. He was released from Hong Kong and I picked him up in Los Angeles because they asked me to stay in contact. That was pretty much it. He lied to me the whole time telling me that it was all a terrible mistake, and that he wasn’t who they thought he was. I wasn’t about to get caught up in something shady.”

Perkins’ courage and experience as a Pan Am In-Flight Purser were invaluable to her success today as a global leader in the luxury real estate market.

In her words, “I think one of the things is that it taught me to stay calm under tremendous pressure. It taught me not to let fatigue, adversity, or pressure get in the way of what your job is, and to never make excuses! If you’ve made a mistake, own up to it and move on, but don’t make an excuse.” 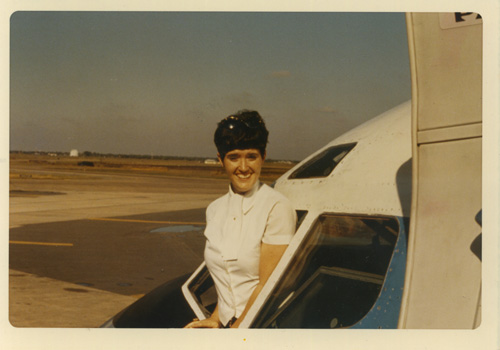 Perkins feels that the biggest change for the generation of women behind her is, “Learning to take responsibility. Learning to put in the time necessary to get ahead and don’t expect anyone to give you something for nothing. You must earn it!” Great advice for anyone that wants to get ahead in today’s competitive global market.

Flying with Pan Am in the golden age of flight was glamorous and the journey was as important as the destination. That journey lead Suzanne Neal Perkins on exciting adventures that paved the way for her to become the fearless, well-respected, nationally ranked real estate sales professional that she is today. 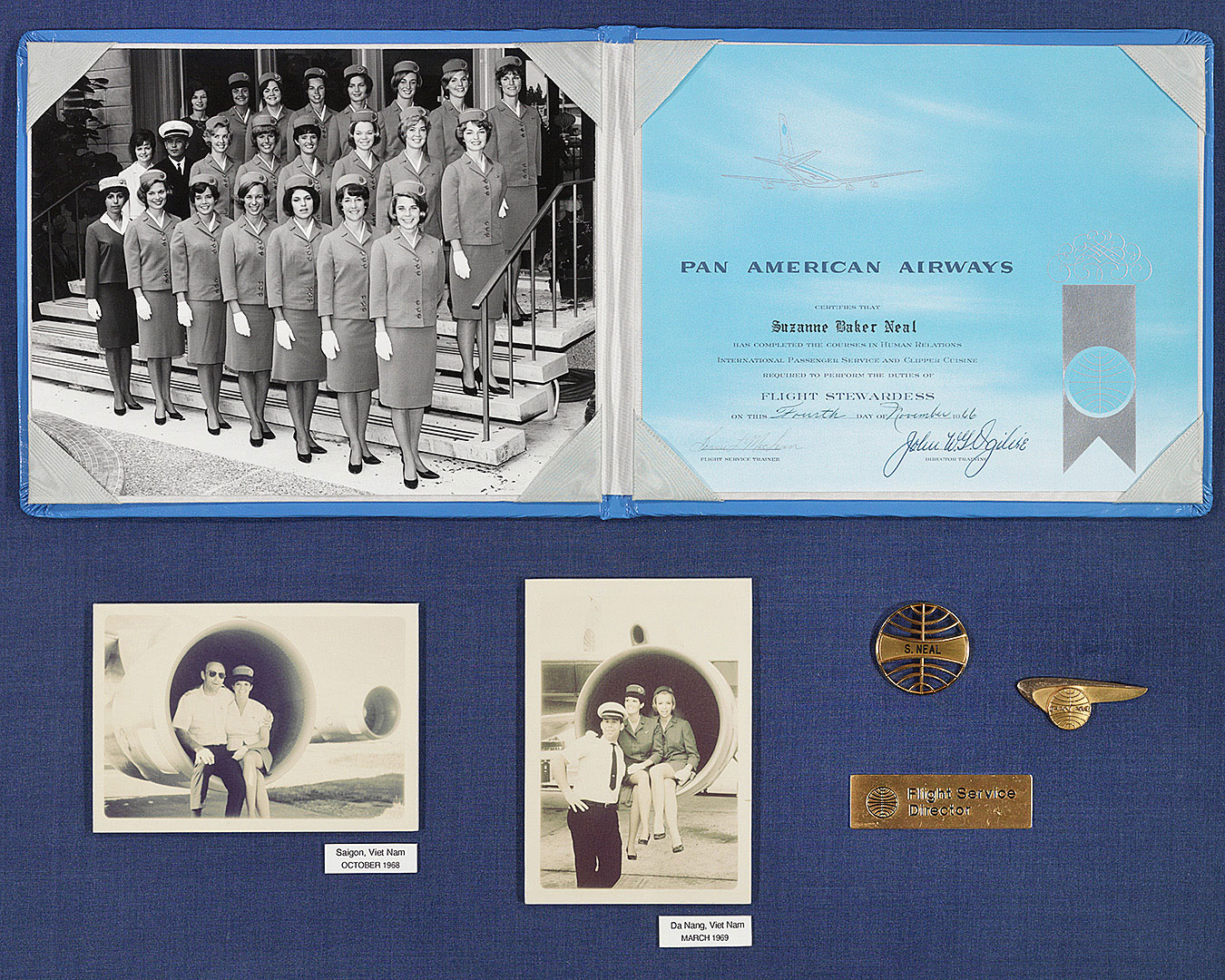